I was looking forward to the Ashmolean, which had been closed for renovations on my last visit ten years ago. But first, a quick detour to Rewley House, where I had studied Darwin with Emma Townshend for a week in 2009 at an Oxford Continuing Education course.

The Ashmolean originated with Mr. Ashmole and his collection, augmented by those of the Tradescant family (thanks for the flowers). Alison and I visited the Italian galleries together so that we could see the Uccello nighttime painting, 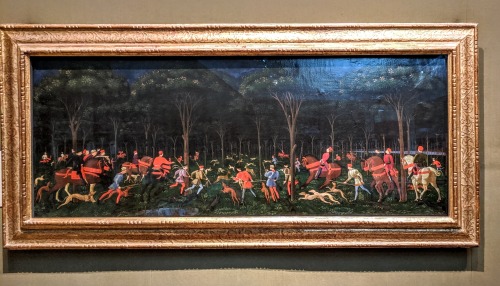 then parted ways for an hour to indulge our own special interests. Highlights  for me included the robes T E. Lawrence wore in Arabia; 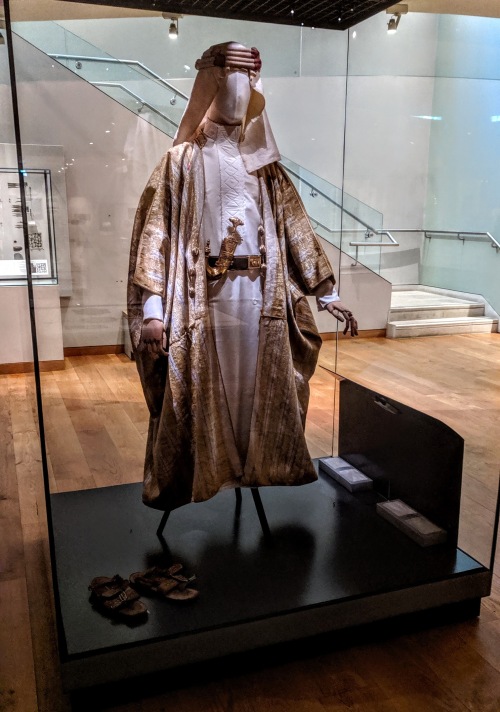 the Powhatan Mantle, made as a ceremonial piece by Algonquian Indians in the Chesapeake Bay in the 16th century and possibly presented by Powhatan to Captain Newport for King James I; 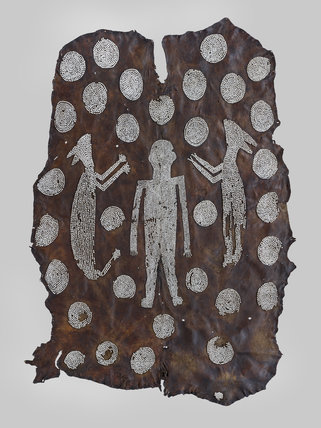 and the Islamic galleries with gorgeous tiles.

We also made a quick visit to the Alfred Jewel, which I know from Bernard Cornwell’s Saxon series, and whose purpose is still a bit of a mystery.

Lunch was at the Lamb & Flag instead of the Eagle and Child (too touristy), and we had a half pint (me) and prawn sandwiches (both of us). Restored, we walked along the Lamb and Flag passage to Parks Road and the Natural History Museum. We made our way directly to the dodo, which is well placed toward the entrance, and wandered along the galleries, appreciating the scale and space of the secular  cathedral. 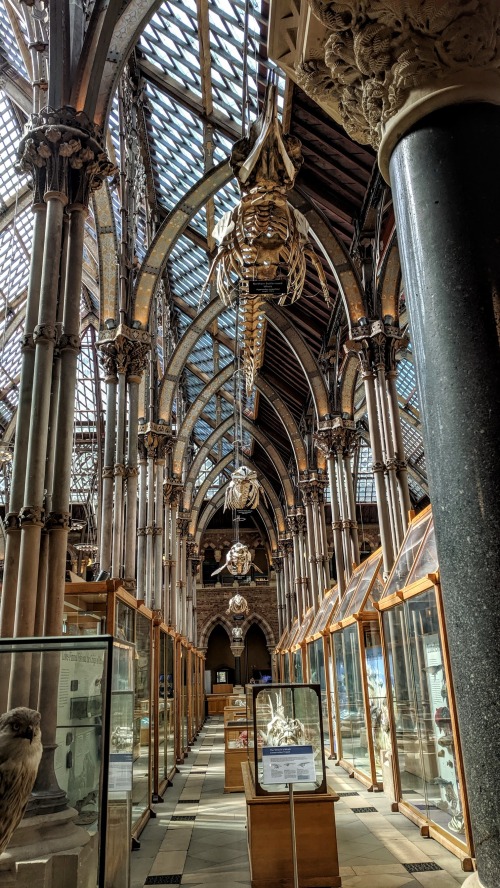 Then we walked through to the Pitt Rivers Museum, the archaeological and anthropological collections of the University of Oxford in England, and the equal of the Mercer Museum in Doylestown when it comes to collecting lots of things and putting them on display.  Imagine  that each one of these cabinets contains a zillion objects,  each  linked  by  its use.

Capes made from seal intestines;

barkcloth on the bolt  from  Captain  Cook’s  voyages; 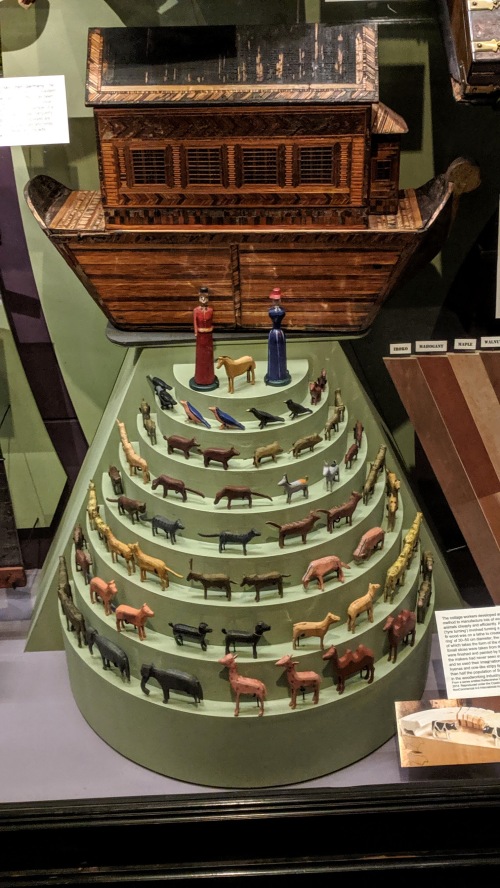 and zillions of other items, all arranged by use rather than by origin. Fascinating and overwhelming. We did particularly enjoy the items from Cook’s voyages, which are to be found, in a very Pitt-Rivers way, by taking the elevator up to the Lower Level.

Walking back to our hotel, we passed by Wadham College and took a few pictures of the beautifully green lawn and the quad.

After a restorative lie-down, we met our guide at Trinity for an Oxford Walking Tour. We were the only participants, which we liked though I think our guide was disappointed. It turns out that he is the same guide I had ten years ago! After a look at the Sheldonian, he took us down the street to New College, where we saw the dining hall,

the gorgeous gardens (need to return for a closer look),

and the mysterious 16th century Mound,which is just for fun as far as I can tell,

then went into the Chapel. He pointed out the sculpture of Lazarus by Jacob Epstein, 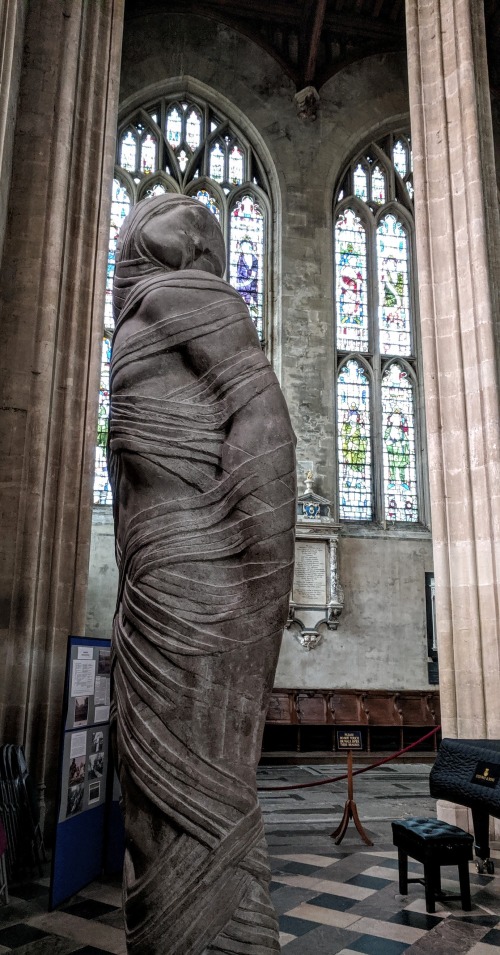 and the holm oak in the cloister (in which Draco Malfoy was turned into a ferret!).

On to the Bodleian, which we will see more of tomorrow. The statue of Duke Humphrey has quite a story attached, of which I remember mainly that he did not want to get married, so Shakespeare wrote some sonnets to persuade him (it didn’t work).

We left Simon soon after, a knowledgeable guide though he name-dropped mercilessly and kept wiping his mustache in an off-putting way.

By now we were knackered, so we made our way back home (fortunately only five minutes walk) and crawled up the steep stairs to our lair overlooking the New College bell tower. A good day, even if it wore us out!

This entry was posted in England, Oxford. Bookmark the permalink.