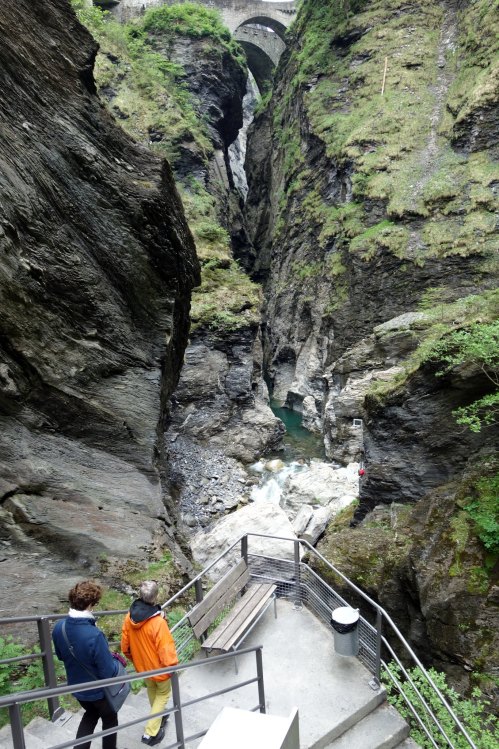 The Via Mala had it all.

The churches made a wonderful start to the day, and it continued to be quietly spectacular. We drove along to the Via Mala, a path through a deep gorge carved by the Rhine. 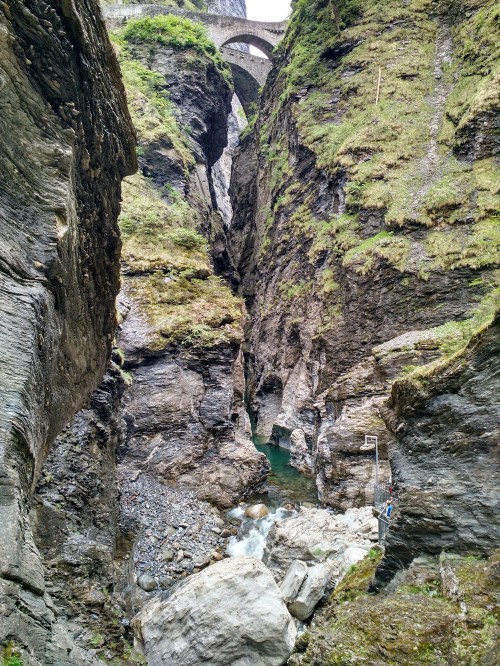 This was one of the routes the Romans took through the Alps, so it has been in use for centuries.  But it’s not an easy path.

The way down to the gorge was punctuated by signage telling stories of disasters that overtook previous visitors.  Note to self:  a carriage hauling wine barrels + a driver too fond of his cargo + bad weather and nervous horses = the Rhine turned red from the wine (and perhaps from the blood of the injured as well).  We marveled at this enormous boulder 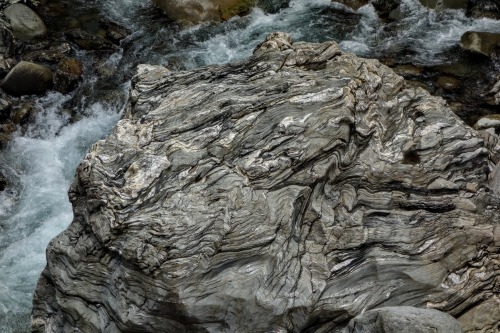 wedged between the gorge walls,           not just its size but its swirling markings.

We stopped to take pictures of wildflowers, 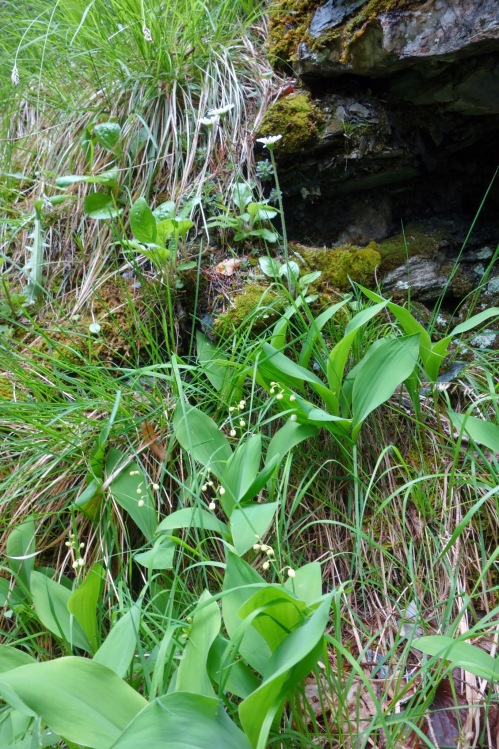 played Pooh sticks at a bridge (Judy won), and marveled at the waterfalls.

and here is the waterfall in action:

I hope that gives you a sense of the scale of this place.

Though there are few danger signs in Switzerland, we were advised in five languages not to play in the river at the bottom of the gorge.

Only imagine what it was like for the people who traversed the gorge before the advent of bridges and paths.  All hail the Romans!

This entry was posted in Switzerland. Bookmark the permalink.