I forgot to post on the 15th of the month as we are supposed to, but at least I remembered to take pictures this time around.  Starting in the back, the peak of bloom under the oak tree is just past, but I can still see columbines, including this enormous one that tumped over from its weight 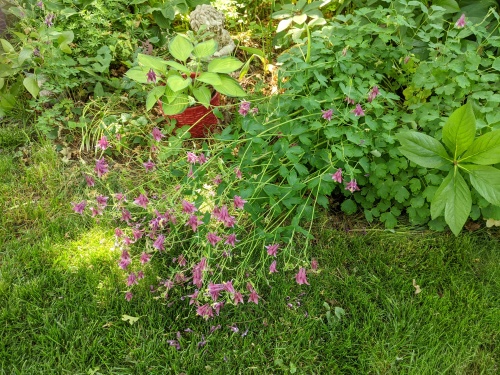 and this white one that I won’t cut back as I’ve done to all the plain blue ones this year, hoping that the more unusual colors will self-seed and bloom next year.

Two varieties of geranium macrorrhizum, one ‘Ingwersen’s variety’ and one something else, both beloved by the bees 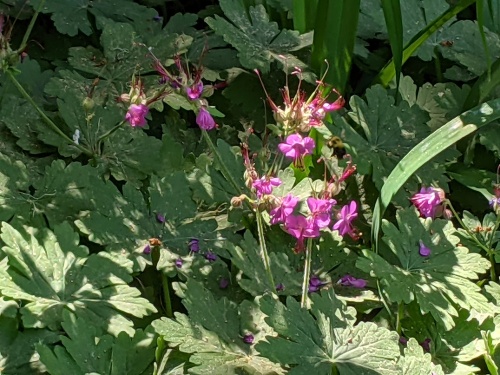 Tradescantia that pops up here and there in various shades of blue; I think I first got this from Mom but now it’s gone to town. 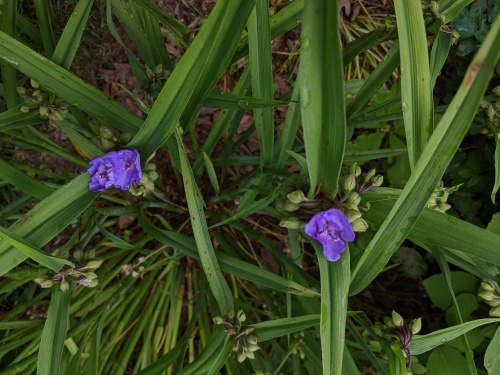 And the remnants of the white bleeding heart. 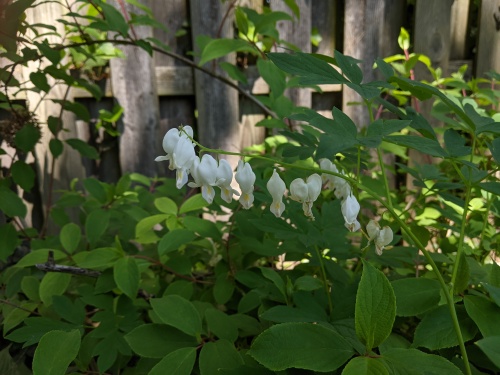 The containers are doing well so far, one planted with Caladium ‘White Christmas,’  the small Hosta ‘Alan McConnell’ and Foam Flower ‘Sylvan Lace.’

The other has a Caladium, a white-spotted begonia from last year (‘My Special Angel’) and some white impatiens. 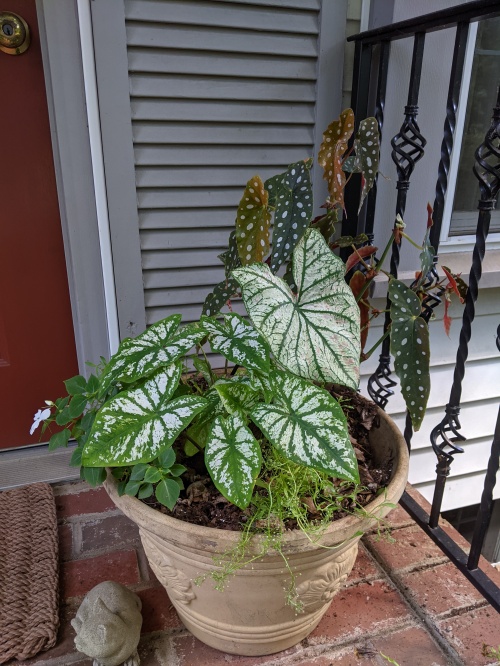 It actually looks a litte sparse now that the alyssum has gone by.  It does need a spiller, doesn’t it?