Poppies, both buttercream and the classic WWI variety, were a great success, sowed in late February and blooming in mid- to late May.

Meanwhile, as you can see from the fallen petals above, the columbines self-sowed with great vigor.  You would hardly know that the great culling of 2016 had ever taken place!  Here’s the sunny garden, still chock full of blue columbines (plus the purple allium ‘Sensation,’ I think).

I am continuing to pull them out once they’ve seeded, so I’m probably not making much progress…  I do try to shake the interesting colored ones, like this white one, in hopes that they’ll spread and grow next year. 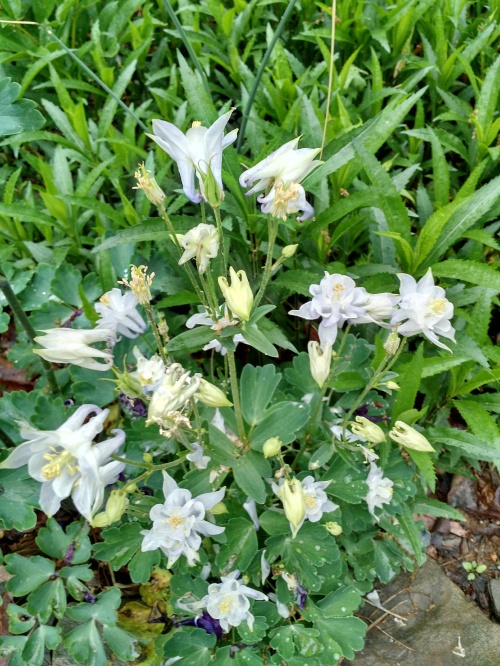 Additional seeds are sugar snap ‘Anna,’ doing very well this year after a slow start (I sowed them in February but they didn’t do anything for about a month); zinnias and cosmos; and some vines for the trellises.  They’re up but not doing much yet.

This entry was posted in blue, prolific-or-invasive?, seeds, spring, vegetables. Bookmark the permalink.