The tragical history of Ireland, part 2

One of the best things we did was to go on a Historical Walking tour. Here’s Donal, our guide, telling us about the Battle of the Boyne in the old Irish Parliament building.  Notice how, like a real Dubliner, he prounounces his th’s as t’s.

We started out at Trinity College,

home to everyone from Samuel Beckett to JP Donleavy to Jonathan Swift.  (See my review of Donleavy’s The Ginger Man here.)

Gray buildings and beautiful trees made up the campus, and soon we we were walking into town.  We started at the old Parliament building (see above) which now houses a bank.  The tour guide was clearly still outdone that the Parliament had dissolved itself in 1800 so that the English could take over.

He took us down Parliament Street and into Dublin City Hall, a beautiful Georgian building that figured largely in the Easter Uprising of 1916.  We snuck into the rotunda, set up for an afternoon wedding, and admired the murals. 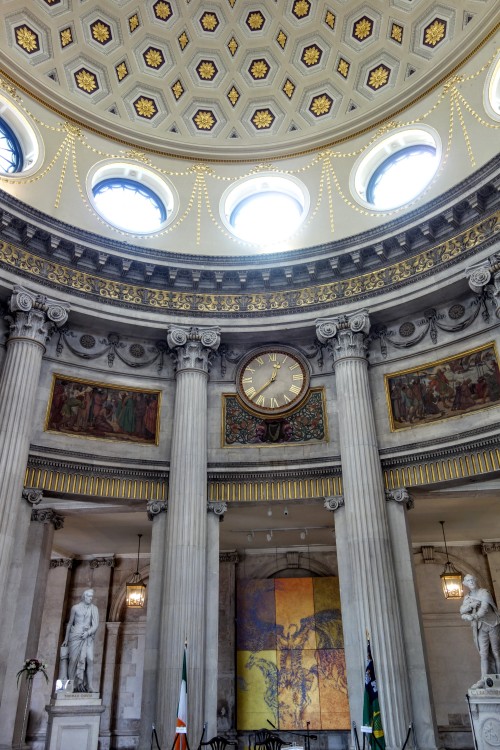 Next up was Dublin Castle, which we were not too excited about since it is not worth touring.  But pity our ignorance, because in fact it was the home of the British government in Ireland and thus heartily despised.  Here’s the famous statue of Justice,

which faces into the courtyard of the Castle, giving rise to the ditty, “The Statue of Justice, mark well her station, her face to the castle and her arse to the nation!”  Our guide invoked the feelings of all involved as we faced the gate and imagined the fighting that raged here on Bloody Sunday 1920 when three IRA members were killed.

When Donal left us at Christchurch Cathedral, we were filled with more knowledge of the Irish struggle than we had ever had (and have since mostly lost, sadly) and were eager for more.  At his encouragement, we decided to visit Kilmainham Gaol, where so many Irish political prisoners were imprisoned, tortured and killed.

This is not actually the gaol but a view of the Irish Museum of Modern Art across the way.  After our visit we needed this rainbow.

The guide was not a great storyteller, but his low-key presentation was just right for the terrible stories he had to tell.  Follow the link above for the details.

The cells were tiny and dark, leading off long, straight corridors, incredibly depressing.  This section was the relatively airy second floor of a newer part of the gaol. 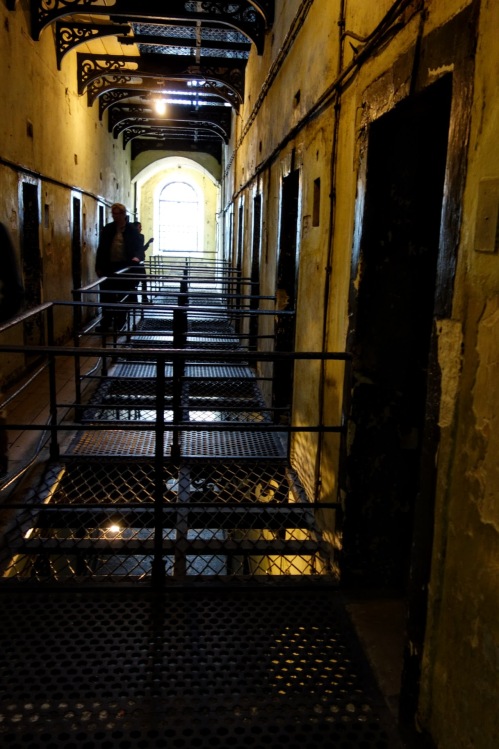 Here is someone else’s picture of the main part of the gaol, where the prisoners could occasionally walk around. 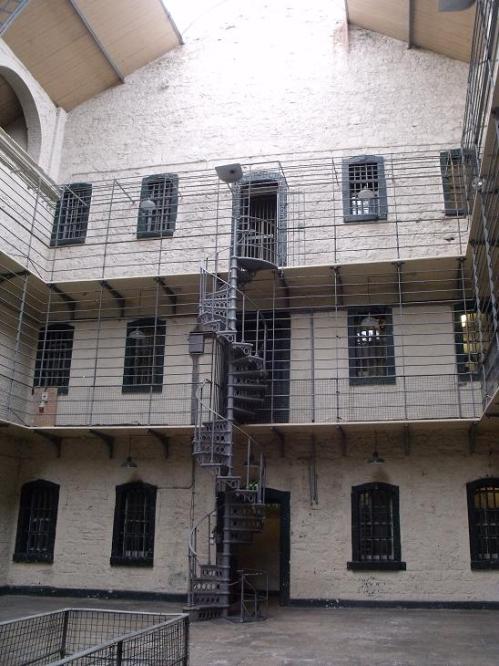 Some of the cells are now marked with the names of the more famous prisoners, this being the cell where the Countess Markievicz was held in 1916. She was an Englishwoman who married a Polish count and was active as a suffragist as well as a member of Sinn Fein. 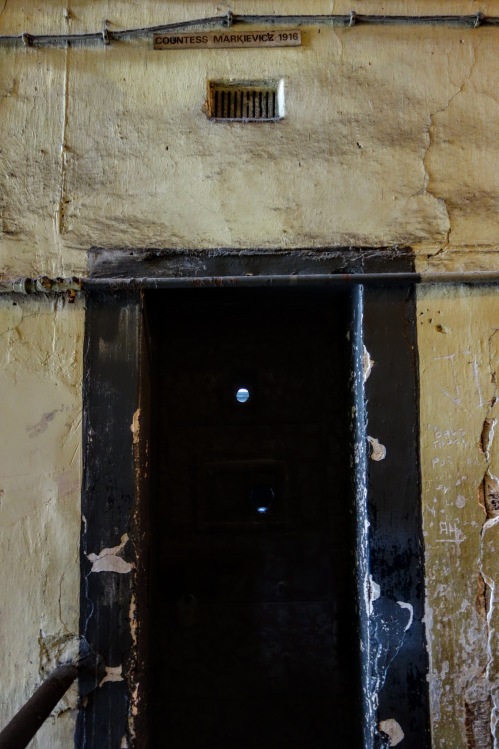 Peering through the peephole in one of the cells revealed this painting by Grace Plunkett, who married her husband only hours before he was executed.

But most chilling of all was the visit to the place where prisoners were executed, one so weak and wounded that he had to be tied to a chair so that he could be gunned down.  This was very moving, and appropriately, it began to mist while we stood there. 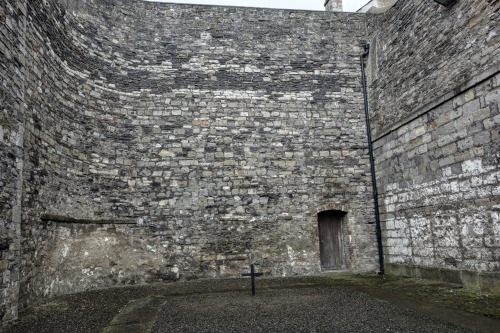 A tragical history indeed, and I am so glad we learned more about it.